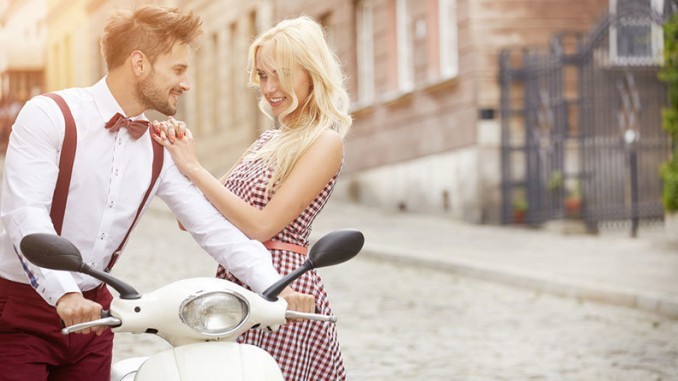 Did you ever fall in love with another person's smell? Maybe the smell of a beautiful men's armpit or the fragrance of a woman's thighs? Or why not the smell of a newborn babies head? Did you ever feel aroused or intoxicated by another human smell? Then probably you were affected by their pheromones.

Oxytocin has a very strong effect on the human psyche and the human well-being, so a person with high levels of oxytocin will feel more relaxed. We feel more content, joyful social, and we'll get a better immune system and it has a lot of positive benefits.

Some years ago I met a man who was doing research on birch trees in northern Sweden, and he told me that the trees are transmitting something very similar to pheromones in order to warn other trees when there is a danger.

So he gave me this example. Imagine there is a large area of Birch forest and there is a goat coming into this birch forest. And this goat starts to eat from the lower branches of one of the trees.

He can only eat that much because then he doesn't want to reach anymore, so then he goes on to the next tree and they start to eat the lower branches of that tree. When he comes to the fourth tree, that tree will have produced some kind of a poison like a plant poison that will make him not want to eat exactly that tree.

It's because the first trees that he chewed on were sending out these subtle smell particles that somehow the other priests could smell and recognize as danger going on. And when they recognize there is danger going on their trunks or their tree will produce a poison that prevents the goat to choose from the trees in the area. So there's a very intelligent way of the nature to prevent that whole forest will be eaten by a goat.

So for us human, the pheromones are transmitting also a danger. So for example, when a person is depressed or has a mental illness when a person has anxiety and fear, their bodies will produce pheromones that will give people around them a sense of discomfort that will trigger the autonomic nervous system in the direction of fight and flight and stress mode.

This is very important when it comes to choosing a mate. So nature intended people with the different immune system to mate and to meet because that will make the most perfect outcome, the most perfect children.

And so you will be attracted to someone who is on the opposite side of your immune system. You will be a good match depending on your internal constitution in a way.

And the way you will recognize it is by the super attractive smell that you will feel around this person. So when you breathe in their groins or their neck or their armpit you will be completely aroused and lose your head and you will fall in love. And this is a sign that you go well together to have children.

So in the modern society today, we are using a lot of chemical soaps. In almost all of the soaps we have chemicals and some people all also wash their bodies with an anti septum. And this is very bad because it reduces the natural pheromones that are and transmitted from person to person.

And when we're washing away the sweat in this way, we will not be able to find the lover who will give us the most perfect children or we will not fall in love with the way nature intended by this chemical.

We can fall in love for other reasons. For social reasons like this is the handsome guy, or this is the guy who can give me a safe and protected life, but not the way nature intended. Learn more about pheromones and sexual attraction https://jail6letter.wordpress.com

The result of this we can see today. So many couples are dealing with challenges like they can't get pregnant and maybe there's nothing wrong with the man or the woman, but just their match is not good for producing children.

So this is one of the results of getting away from nature. Intimate wipes to wipe your genitals or too much perfume or deodorant will prevent people from smelling you from falling in love with you and it will prevent this subtle communication between humans that are so important for our safety and our well being.

« Androstenol Pheromones - What You Should… An Introduction to Penis Enlargement »
Profile