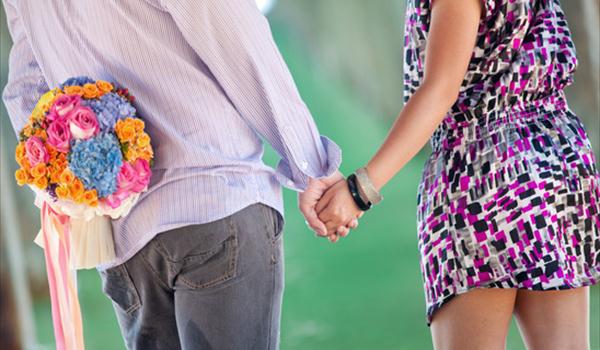 For your added viewing pleasure, I'll also be showing detailed pictures of a scam that I was fooled into buying about two years ago when I started with my research on pheromones.

Hopefully you can learn from this misstep not to trust just anyone in the pheromone business.

Attract Mate: What is it?

Around two years ago, I decided to purchase a few different pheromone products to do some research on whether this "pheromone thing" was real or not. Among the first human pheromones I purchased was Attract Mate.

Immediately after receiving a bottle of Attract Mate pheromones, I gave them a try. When it was applied, I realized there was no cologne smell. In fact, there wasn't a smell at all. This didn't worry me at first, as I figured I just couldn't smell the pheromones that were in it.

However, later I became more worried. After lots of research, I wasn't able to find a source that listed the ingredients of what human pheromones were in Attract Mate, either.

This quickly became a mystery. These pheromones were also not working at all, when the others that I had purchased were (at least little bit).

After several emails to customer support and not receiving even a single response, I noticed something strange about the Attract Mate label...

There was an inside label...and an outside label. Did the machine that labels these human pheromones make a mistake and accidentally apply two?

That seemed unlikely, so I pressed further, carefully removing the outer label and comparing everything between the two. What I found was revolting.

Basically, this is not a human pheromone product at all. It definitely doesn't have any pheromones in it and is probably salt water.

This made me feel absolutely vulnerable as a human pheromones customer. If it weren't for my simultaneous purchase of Alter-Ego, I would have lost all faith in human pheromones.

I was PISSED to find this out after spending sixty bucks on this crap. Conveniently, Attract Mate fell off the face of the planet about two months after this wonderful ordeal.

Even though these weren't pheromones, and I was misled, I'll never get my money back. Yes, I believe that this is illegal somehow, but it's the internet, folks. As always, buyer beware. This is one of the reasons my pheromone reviews exists.

In this article, I didn't review a new pheromone cologne for you. I also didn't write a ton of research about existing types of pheromones, either. Knowing how to avoid scams like this is just as important, everyone.

Be careful, or you'll never buy pheromones again - and miss out on something unimaginably good - because of the few rotten pheromone companies in the bunch. Be careful. There are much better pheromones on the market which I review on my website.